Tolerence: A Principle of Nature 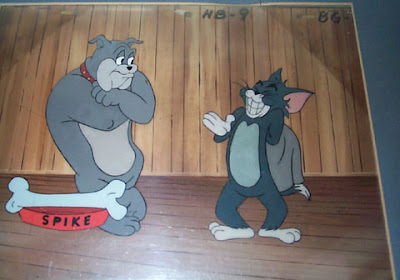 Following article in the December, 2012 issue of Ubqari is particularly interesting. This was written by Maulana Waheed-ud-deen Khan.

Tolerance is a universal principle of the nature. Both lion and elephant are big animals. Both have the capacity of being rivals of each other. Even then they coexist in the jungle together. This is only possible due to tolerance. Thus, it has been seen in the jungle that if from one side an elephant is coming and from another a lion is coming, both of them pass by and take their directions quietly, without confronting each other. If they do not tolerate each other like this, both of them will start fighting with each other to the point of their mutual destruction.

Nature has taught this method to the lion and elephant. Similarly, nature has developed a capacity for tolerance in human body too. This is known as biological tolerance in medical science. It means an ability of the animalistic body, that without taking negative effects from a certain thing, it can tolerate a connection with it, or an insertion of it in the body.

The whole mechanism of curing diseases is based on this ability. At the time of illness, such medicines are admitted in the body that are collectively bad for the body. But despite its sensitivity to the foreign things, the body endures these medicines. This is done due to tolerance. This becomes possible due to this biological tolerance that these medicines enter the body and show their effect. That they can can affect the intended organ positively without negatively affecting other organs of the body. Similar procedure of tolerance is sought in the human society too. What wild animals do according to their instincts and what the human body does according to the nature, should be done by the human beings according to their consciousness. They should spend their lives with other according to a planned decision and by adopting the procedure of tolerance.

Similarly this is also very interesting: "why are animals so "gentlemanly or ladylike" in contests for resources?" This was a problem that leading ethologists Niko Tinbergen and Konrad Lorenz were trying to address. Tinbergen proposed that such behavior exists for the benefit of the species. I found it interesting while reading about evolutionary game theory a couple of years ago.
Posted by Psyops at 6:13 PM

Email ThisBlogThis!Share to TwitterShare to FacebookShare to Pinterest
Labels: Spirituality

Psyops has invited you to join Dropbox!

Dropbox is a free service that lets you bring your photos, docs, and videos anywhere and share them easily. Never email yourself a file again!

Ubqari -- The Center for Peace and Spirituality